PRESCOTT VALLEY, AZ – JUNE 21, 2021 — The Findlay Toyota center is bringing Jackson Browne’s "Evening With" tour to Prescott Valley, AZ on September 14, 2021. Tickets start at just $54 and go on sale Friday, June 25th at 10:00 AM. You can get your tickets at the Findlay Toyota Center Box Office or ticketmaster.com.

There will be a venue pre-sale on Thursday, June 24TH for those who are subscribed to the Findlay Toyota Center’s Event Insider email list. You can sign up on our website at findlaytoyotacenter.com/event-insider.

Jackson Browne has written and performed some of the most literate and moving songs in popular music and has defined a genre of songwriting charged with honesty, emotion, and personal politics. He was inducted into the Rock and Roll Hall of Fame in 2004 and the Songwriter’s Hall of Fame in 2007.

His debut album came out on David Geffen’s Asylum Records in 1972. Since then, he has released fourteen studio albums, four collections of live performances, two “best of” compilations, two DVDs, and several single recordings. Jackson’s new studio album, “Downhill From Everywhere” is set for worldwide release on July 23, 2021.

"We are excited to bring another classic rock legend to Northern Arizona," said Sheila Anderson, Spectra Marketing Manager for the Findlay Toyota Center.

Last month, Browne released "My Cleveland Heart," the new single from Downhill From Everywhere. The music video, directed by Alissa Torvinen Kouame, features a cameo by Phoebe Bridgers. In describing the clip, Rolling Stone said, "It’s fitting for Bridgers — who has cited Browne as an influence and recently enlisted him to duet on 'Kyoto' — to receive his heart, almost like Browne is passing down the singer-songwriter torch."

Browne recently performed "My Cleveland Heart" on Jimmy Kimmel Live!, and discussed the new record as a guest on the WTF with Marc Maron podcast.

About Danny Zelisko Presents: Danny Zelisko has been bringing shows to Arizona since 1974! He founded and ran the legendary Evening Star Productions starting in 1976, and helped make Arizona and the Southwest a viable stop on most contemporary tours, producing thousands of shows over the years. After years of practice, DZP promotes about 150 shows annually in Arizona, New Mexico, and Las Vegas. For more information: www.dannyzeliskopresents.com 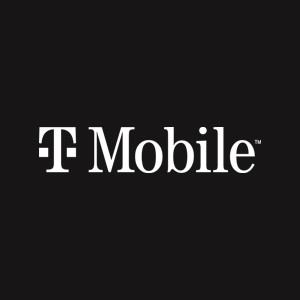